Behind every success story there stands a resolute, talented man: come to know about the life of the winemaker of the year, József Bock. 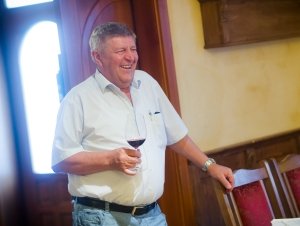 József György Bock was bor non May 7, 1948, in Kisjakabfalván, a little village not far from Villány. He attended elementary school in Villány, and then learnt the locksmith’s trade. Following this he studied at a technical college of engineering.

Until 1992 he worked in middle management at a Villány company (works manager manager), but like everyone in Villány, after work he continued his day u pin the vineyard. In 1973 he married Valéria Kenéz, a teacher. Their children were born in 1974 (Patrícia), 1976 (Eleonóra †1995), and 1980 (Valér).

In 1981, after the death of his father, József Bock started to make wine independently, but he had been in contact with grapes since 1958, for this is the year when his father purchased the Jsmmertál family estate. For a decade he made wine as a second job, and between 1976-1981 he also dealt with vine production. His passion for work he learnt from his parents, and he put it to good use in the vineyard and the cellar. Thanks to this background his first independently made wine did well, receiving gold awards at local and national wine competitions. This was to give him further strength and enthusiasm for the work. As a result of expanding territory and successes he decided to work with vine production and wine-making full time.

His wines were first bottled in 1987. At first he sold his wines through Hungary Hotels outlets within Baranya County, then from 1992 to Budapest restaurants and hotels as well as exporting a small quantity.

In 1994 his 1991 Bock Cuvée won the Champion Prize at the Vinagora International Wine Competition.

He became Winemaker of the Year in 1997, relatively soon after “officially” taking up winemaking (in 1991). This award was preceded and succeeded by a number of international and domestic awards.

In Villány great emphasis must be placed on wine tourism, and so he strove for quality both with his wines and in catering. In this he was greatly aided by his family and colleagues. It is evident that behind his success stand an understanding wife and stable family. Earlier József Bock’s wife had worked as a teacher, but she gave up her profession in the intestests of the expanding family firm and now lives and works for her family. 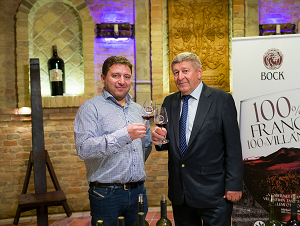 It was natural that the children follow in their parents’ footsteps. Until 2004 their daughter Patricia worked as a German teacher, meanwhile obtaining a diploma in viticultural engineering and presently being in charge of human resources. His son, Valér, is a viticultural technician, and works as director of the viticultural side of the firm. The cellar sells between one million bottles of wine in Hungary and to other countries. About 5-10% of the wine is exported.

It is József Bock’s aim to continue to develop the quality of his cellar, his wines and catering and to be one of the most determinant and best wine producers in the area.

József Bock’s life in his own words

„In 1981, when my father died, it was natural to me that what I had thus far learnt I should continue alone, with the help of the family. It was at this time that I understood what it meant to have a family estate, which began as half a hectare of vines on the Jammertál with a press house that already belonged to the family in 1850. My father bought this back in 1958, because in 1946 it had been nationalized and taken from him. At this time I was already the father of three children with a middling position in an industrial plant, and I gave some thought to our lives. Even at this time grapes and the grafting of vines provided a good subsidiary income to the people of Villány.

From 1976 I and three friends started to do our own grafting, which provided us with extra income and allowed us to produce the vines for our own vineyards. And so in 1979 I bought half a hectare of land and planted it with vines, which made my parents very happy. From 1980 I was elected to the directorship of the specialist Villány Grape-Producing Group, which created a closer link between the producers and the wines.

Thank Goodness, I succeeded more than once in producing wines that after local wine competitions did well (golds) at the county and national level. In this way I became a close friend of the leaders of the Baranya County Hungary-Hotels, who persuade me to bottle my wine. So in 1987 I bottled my wine and they bought it and it went on like that until 1991. Then we were sought out by Budapest and in 1992 our wines were taken out to the Seville World Exhibition. In Budapest the first outlets to sell our wines were the Gundel and the Fortuna restaurants and the Hilton and Kempinski hotels. Atz this time we had two hectares of vines. 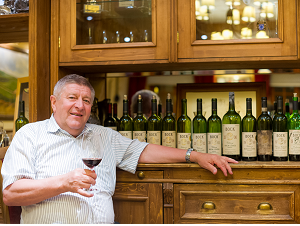 As we sold our wines we continuously bought up vineyards and developed our technology. In 1994 we outgrew the Jammertál cellar and between 1994-1996 we purchased in the town of Villány a processing plant and a cellar, which we further developed in two more stages.

Todayx we own 80 hectares of vineyards and integrate a further 70 the produce of which we purchase. We were the first in Hungary whose wines were included in the Hungarian Gastronomy.

In 1997 I was given the Winemaker of the Year Award, the greatest recognition a Hungarioan winemaker can receive. And so returning to the 1980s and the period following them, there was no question when I decided in 1992 that I would concern myself with grapes and wine, that this was the way to the future. At that pointr I did not think that I was enjoy such success and that the business would be so large, but I felt that this is what I had to do.

I’m very glad that I made that decision. Thank goodness, both my daughter and my son also work for the company.

Since 1996, in addition to the viticulture and winemaking, we have had a restaurant and hotel. Since 2013 the pension has become a four-star hotel and been named the Bock Hotel Ermitage.
I love my vineyards, in the summer months I am often out in the open air and watch the grapes growing and ripening and I am extremely fond of the vintage, too In the period after the 1980s I read a great deal about vineyards and winemaking. Since 1992 I have travelled widely to foreign wineries in France, Italy, Germany, Austria and elsewhere.”